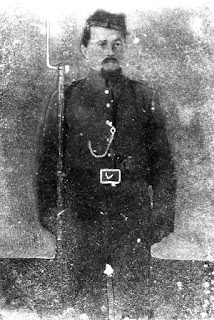 On April 7, 1864, a deadly skirmish occurred at Bowlegs Creek near Fort Meade, Florida when the Union Army, lead by Captain Green, raided the Confederate Cow Calvary. As the union soldiers marched up the Peace River, they burned homes and confiscated cattle, firearms, horses, and contraband. In this article, we will discuss the causes that lead to these events, including the occupation and burning of Fort Meade on May 19, 1864 by its own citizens.

In 1863, Confederate General John C. Pemberton surrendered some 20,000 men at Vicksburg, Mississippi to Ulysses S. Grant, which cut off the supply of beef from Louisiana and Texas. The Confederate Army now needed its supplies to come from the east. The largest remaining supply of cattle was in the interior of Central Florida. Pleasant W. White divided the state into commissary districts and appointed Captain James McKay as the commissary agent. McKay, formally a blockade runner at the beginning of the war along with F.A. Hendry, Louis Lanier and Jacob Summerlin, would drive off cattle from Fort Meade to Bartow, Brooksville and Gainesville, finally reaching the railroad at Baldwin, Florida. By 1864, McKay was supplying beef to about three-quarters of the Confederate Army. 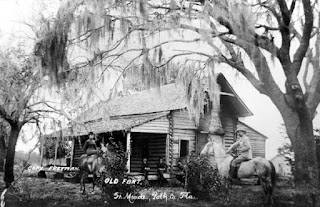 Many of the citizens of the Peace River Valley lived far away from the influence of the war, and many wanted nothing to do with the war itself. However, a good portion of the people living in modern day Polk, Hardee and Desoto Counties were Union loyalists. To make matters worse, many of the families that were divided on the Confederate-Union issues, including the question of slavery, had to choose sides, thus leading to political disagreements amongst neighbors and families. In fact, very few residents in and around the Fort Meade area owned slaves. As per the Polk County tax roll in 1861, only eleven men had slaveholdings with a total value of just $81,000. 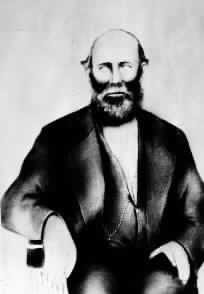 Another issue facing the residents of the area was the elimination of the draft exemption for cattleman, by the Confederate Congress. In his book Fort Meade, Florida, Canter Brown explains that “on February 17, 1864, the Confederate Congress drastically revised its conscription law, eliminating the draft exemptions for cattleman” who were supplying food to the area. Furthermore, “The change unleashed squads of conscription agents determined to force all suddenly eligible ‘cow hunters’ into confederate service, and many individuals were forced to choose sides.” Consequently, many chose to join the Union Army.

As conscription agents began to hunt down nonexempt cattlemen for the Confederate Army, many the residents of the area began to seek refuge in Union-occupied Fort Myers. These new recruits would later form Captain Henry A. Crane’s (Union Army) Second Florida Calvary. The Union presence in Southwest Florida would soon reach Confederate Captain James McKay, who would find out about Crane’s intentions to destroy the Confederacy’s cattle supply efforts with help from Confederate traitors and Union sympathizers escaping the Confederate draft. 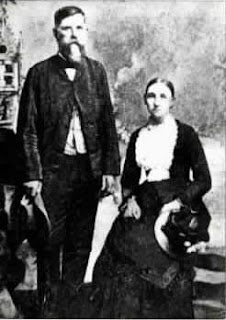 On February 10th 1864, a planned attack on Fort Myers was organized at Fort Meade, but it would be halted due to a Union attempt to seize Tallahassee. All Confederate troops were called to obstruct the Union march from Jacksonville to Tallahassee. On February 20th of 1864, the two armies would clash at the Battle of Olustee near Lake City. This would be one of the bloodiest battles in Florida history with close to 3,000 casualties and a Confederate victory. Though, the Confederate Army defeated the Union troops, most of the Peace River Valley was left unprotected and vulnerable to Union attack.

On February 22 1864, Fort Meade residents William McCullough, William McClenithan, and State House representative James D Green arrived at Fort Myers. The men informed Union officer Captain Henry A. Crane of the Confederate’s “great loss of provisions” and their desperate need of cattle and supplies at Fort Meade. Henry A. Crane was so satisfied with this intelligence that he appointed William McCullough and James Green as lieutenants for this splendid information and on March 13, 1864, Captain Henry A. Crane dispatched thirty troops under Green to seize the Confederate supplies and gather recruits at Fort Meade. By March 20th, Green’s detachment had increased to about fifty men (mostly Confederate deserters) and marched for Willoughby Tillis’ homestead south of Fort Meade, confiscating, horses, mules, and slaves. Consequently, Green’s detachment moved on to Confederate Thomas Underhill’s home killing him with two gunfire shots. Green’s troops seized corn, meat, contraband (slaves), and firearms before returning to Fort Myers. 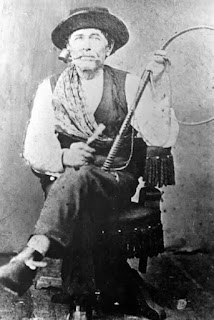 Union Officer Captain Henry A. Crane was so pleased with Green’s results, that on April 2nd he order the men back to Fort Meade to capture (or kill if necessary) Confederates Willoughby Tillis, James Lanier, Francis A. Hendry, Jacob Summerlin, F.C.M. Boggess, John R. Durrance, Henry Seward, Streaty Parker, and to secure supplies, horses and contraband.

The Second Florida Calvary (Union) made it just fifteen miles from Fort Meade, when they were spotted by Confederate pickets. Confederate James McKay Jr., (Capt. James McKay’s son) was in charge of the battalion at Fort Meade, retrieved his forces and halted Union advancement at Bowlegs Creek. On April 7th 1864, Union and Confederates met in battle near present day Mt. Pisgah Road and Dishong Road, just two miles south of where US 98 crosses the Peace River. It was a brief skirmish that left Confederate James Lanier (a Fort Meade resident) dead and wounding Henry A. Prine (of Sucrum) in the foot. The Confederate Army retreated back to Fort Meade; however, the Union Army would lay siege to the Tillis’ homestead. Union soldiers then burnt the Tillis home and destroyed all of the Tillis’ family possessions. (See previous article, “The Battle of Peace River.”) 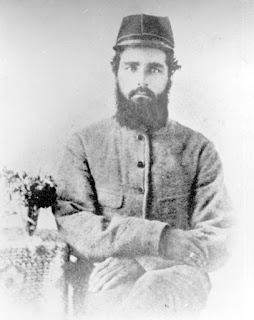 The Union troops failed to control Confederate-occupied Fort Meade but would return later with reinforcement including the Second Regiment-- United States Colored Troops (USCT). On May 6, 1864, Union forces briefly occupied Tampa, while James McKay Jr.’s confederate forces were preparing for the first cattle drive of the year. McKay quickly gathered up his Tampa Confederate troops and marched towards Tampa, but the Union Army had already reached their goal of confiscating supplies, ammunition and dismantling a canon at Fort Brooke. When McKay reached Tampa, the Union Army had already withdrawn from the scene.

On May 13, 1864 five officers along with one hundred of the Second Florida Calvary and 107 black troops from the United States Colored Troops, headed for Fort Meade. Their mission was to relieve Union family members who had been captured at Fort Meade and to acquire the remaining confederate beef cattle. Union forces captured two Confederate pickets who informed them (the Union forces) of the planned ambush on the road to Fort Meade; therefore, the Union forces would instead cross Pease Creek below the mouth of Bowlegs Creek taking possession of Fort Meade without any resistance. Confederate troops drew a skirmish line with some sixty troops but retreated. 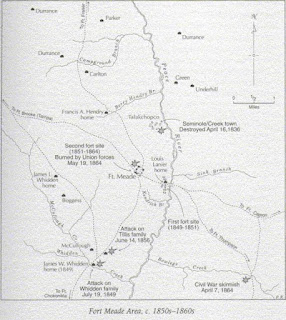 On May 19, 1864, Union forces (comprised of many of Fort Meade’s own citizens) burned Fort Meade destroying all buildings, except a log officer’s quarters, which would later be occupied by Captain Francis A. Hendry after the war. In the 1890s, it would be dismantled.

What type of Florida history would you like us to cover?